From Sundered Wiki
Jump to: navigation, search
This article is a stub. You can help Sundered Wiki by expanding it.

These are the Enemies that can be encountered in Sundered.

Enemies encountered in the game's first region, they are small can be around 1/4 to 1/2 the size of Eshe. They move by walking across the ground, and are able to climb up walls. Their method of attack is to engulf themselves in some form of electricity and run towards you, attempting to pass through you with their bodies. 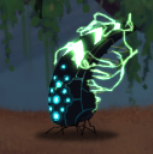 Enemies encountered in the game's first region, they appear to be small robots covered in some sort of moss. They seem to move by spinning and using jets to keep them in the air, and they are able to fly across the screen and map, being able to fly through most of it. Their method of attack is spinning rapidly in place before charging at you until they will hit a solid surface, causing a small AoE of damage at the point in impact. They stay still and harmless for some time before powering back on. 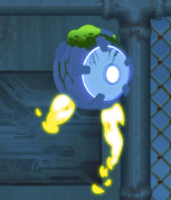 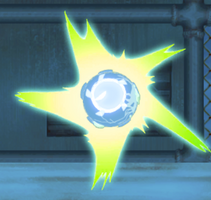 Enemies encountered in the game's first region, they are robots twice the size of Eshe sometimes or even larger. They cannot move in any way. Their weapon is a sort of rail gun using energy or plasma as ammo. Their method of attack is aiming at Eshe and firing a blast in a straight line from their rifle, piercing through walls; a targeting laser is visible moments before they shoot. A short time after you get near one, they crouch down into a defence mode where they gain a shield. Non-elites cannot fight back in this form, while elite variants occasionally release a damaging blast in their immediate vicinity if Eshe stays close to them while in this form. 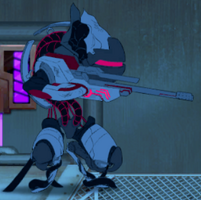 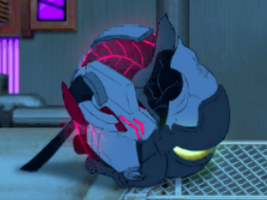 Nether is the region Eshe visits before the final boss.