From Sundered Wiki
Jump to: navigation, search
This article is a stub. You can help Sundered Wiki by expanding it.

These are the Abilities in Sundered:

Throughout the world, there are seven Ability Shrines containing devices left behind by the Valkyries, which the player can discover and use. These abilities are necessary in order to proceed throughout the world.

If left uncorrupted, they are the standard abilities available to the player. 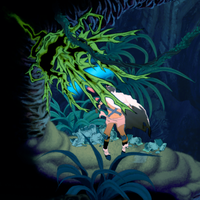 Protects you from incoming damage. Slowly regenerates if no damage is taken over time.

"When the world still prospered, we were a band of mercenaries. The name Leonard Waters had a reputation, and we lived up to it."
—General Leonard Waters, I of VII

Grants a second jump while airborne.

"We traveled around, doing jobs for cash. We had a strict personal code, and no one had power over us. Life was good."
—General Leonard Waters, II of VII

A powerful weapon, with tremendous recoil. Its bullets pierce enemies and obstacles.

"Then came the first signs of decay. People started getting sick, dying young. Natural disasters occurred, as if mother nature herself was lashing out at us."
—General Leonard Waters, III of VII 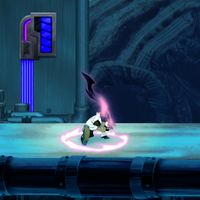 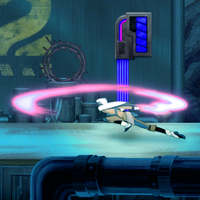 A charged melee attack of colossal strength that annihilates obstacles and enemies.

"Governments profited from the plague. They invented vaccines that didn't work. Corruption was rampant. The world deteriorated."
—General Leonard Waters, IV of VII 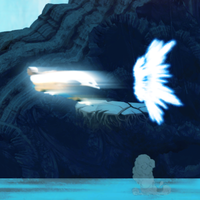 A lightning-fast dash that can be used while airborne.

"Eventually, our indifference turned to anger. A fury towards those who should have helped instead of prospered."
—General Leonard Waters, V of VII 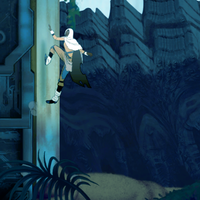 Climb up walls from a running start.

"And so we recruited more and more people, rising against the government. We were cast out as rebels, but were the only ones fighting for justice."
—General Leonard Waters, VI of VII 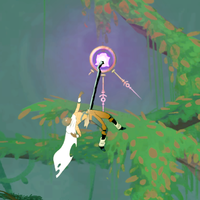 Latch onto hooks or enemies to violently propel yourself into the air.

"It took many years, and many losses, but, in the end, we prevailed. Out of the revolution was born the Valkyrie Division."
—General Leonard Waters, VII of VII

Players can use these Shards to Resist by taking them to the Incinerator and destroying them, opening new paths in The Trapezohedron's Tree by doing so, or Embrace by taking the Shards to Ability Shrines to corrupt the Abilities into stronger, eldritch versions. 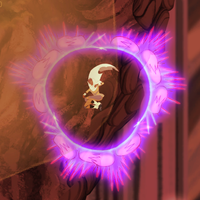 Absorbs damage, which is then reflected upon your enemies.

"Mother Ishaela Bha'gor, who is said to be immortal, brought prosperity to the Eschaton for hundreds of years."
—Eschaton Scribe Lo-Ya Ygllalau, I of VII 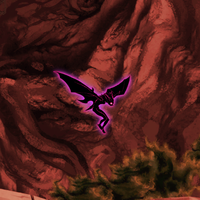 Gives you the power to glide while airborne.

"She has received the blessings of the lower gods. Her powers fight to bring freedom to our slumbering deity."
—Eschaton Scribe Lo-Ya Ygllalau, II of VII 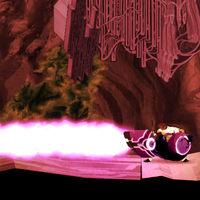 A charged beam of eldritch energy. Its blaze pierces everything.

"But the world decayed. Brought upon by the foolishness of man. We needed help beyond Mother's powers to survive."
—Eschaton Scribe Lo-Ya Ygllalau, III of VII 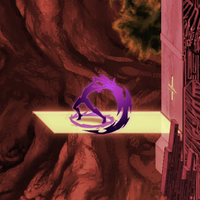 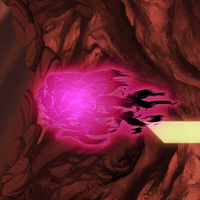 A heavy melee attack that can be charged longer to smash your enemies with the force of the Elder Gods.

"One day came a tall, slim and well-spoken man. Nyarlathotep was the name he used."
—Eschaton Scribe Lo-Ya Ygllalau, IV of VII 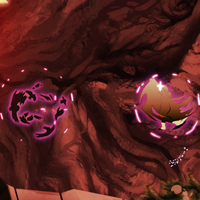 An eldritch dash in any direction that can be used while airborne.

"He gifted us a Holy Stone that would forever change the fate of our people. It allowed us to delve into a world unseen."
—Eschaton Scribe Lo-Ya Ygllalau, V of VII 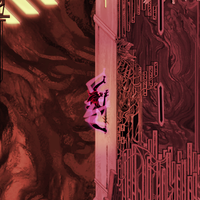 Morphs you into a six legged beast, gifting you the ability to navigate walls more freely.

"We found our great god and his many servants. We relentlessly worshiped them, offering sacrifices in return for power."
—Eschaton Scribe Lo-Ya Ygllalau, VI of VII 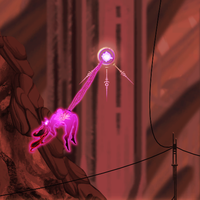 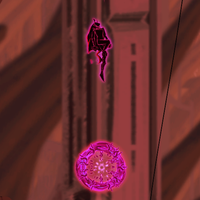 Latch onto hooks or enemies to violently propel yourself into the air. A second explosion propels you further.

"And so Mother Ishaela Bha'gor started the Holy Ritual, which would free our deity and purge this world of its impurities."
—Eschaton Scribe Lo-Ya Ygllalau, VII of VII 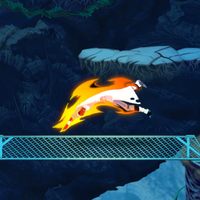 Rolling on the ground damages your enemies.

"Phaztu Otaloth is a fanatic. Our soldiers should deal with this dissolute individual."
—Iva Vasiliev, Valkyrie scientist 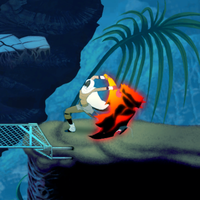 "From their scriptures, we have come to understand that Itacha Chol is a very powerful Eschaton. her skills should not be underestimated."
—Valkyrie Database Entry #03012 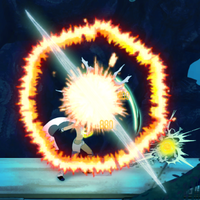 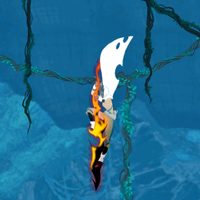 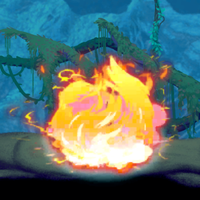 "Llaeyea Yi-Bot is a renowed priest. His magic is hard to counter, but our technology will prevail!"
—Valkyrie Database Entry #46571 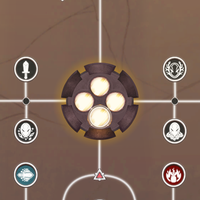 "I encountered Sael-Yot during a raid. She's terrifying. Nothing our weapons can't handle though!"
—Christian Hays, Valkyrie Soldier 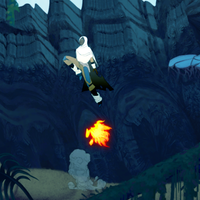 Grants a third jump while airborne.

"Ishaela is the leader of the Eschaton. She is by far one of our strongest opponents. But do not despair! The Valkyrie Division will prevail!"
—Hiram Macias, Valkyrie Soldier 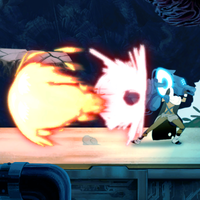 "This technology is proof that human ingenuity will always prevail! The Eschaton should never have underestimated the Valkyrie Division!
—Valkyrie Database Entry #83546

Four extra abilities can be found and unlocked around the map, regardless of Embrace / Resist decisions. They can be unlocked either by solving puzzles or making your way through an area.

All of them are denoted on the map using by the following image, except for the Stinger ability.

Attack immediately after rolling to perform a powerful forward lunge.

Unlocked by discovering the Corrupted Remains, which is in The Pit, an endless horde zone.

The cost of every upgrade has been reduced by 20%.

Found in the Treasury of the Valkyrie Base.

Your Finishers' area of effect is now 50% larger and their damage has increased.

Found in Kht'aetag Vehtaglw', Eschaton's Bethel, which can be found in the area on the map above the main boss in the Holy City.

You are now immune to the wind's pushing power and take 20% reduced damage from environment obstacles.

Found in Ht'ae lifh Vehsh, the Hall of Bells, which is directly to the left of the top level of the elevator.